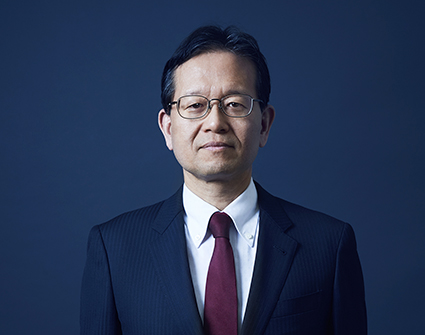 He previously worked as senior in-house legal counsel at Morgan Stanley Japan, and also as in-house counsel at the Japan Financial Services Agency (the Japan FSA) and inspector at the Securities and Exchange Surveillance Commission (the SESC) of Japan. Prior to joining Keiwa Sogo, Mr. Kawahigashi was a partner at Clifford Chance.

With his excellent and unique background, he provides legal advice on cross-border transactions, finance deals, insolvency matters, securities regulations, mergers and acquisitions, and securitization. Financial institutions (domestic and global) and funds (Tokyo, New York, Hong Kong, and Singapore) are among his clients.

With his background as a former inspector of the SESC, Mr. Kawahigashi often advises and represents financial institutions registered with the Japan FSA (such as broker/dealers, asset managers) when those institutions are being inspected and/or investigated by the Japan FSA and the SESC.

Mr. Kawahigashi received his degrees from The University of Tokyo (LL.B. 1988) and the University of Illinois, Law School (LL.M. 1994). He is admitted to the Japanese Bar (1990) and the New York Bar (1997). He spent two years with Sonnenschein Nath & Rosenthal in Los Angeles.

His expertise includes international commercial, corporate, and capital market transactions and regulations. In addition, he has extensive work experience in mergers and acquisitions and corporate litigations.

Due to his significant professional experience, Mr. Kawahigashi acted as a visiting lecturer at Hosei University in Tokyo in 2000 and 2001. He has also lectured at seminars sponsored by Japan Securities Dealers Association (JSDA), the Tokyo Stock Exchange (TSE), the Association of Japanese Corporate Legal Departments, and others. Kenji Kawahigashi was appointed as a visiting lecturer at Duke University, School of Law (2004).
Mr. Kawahigashi is an outside director of Money Partners Group Co., Ltd..
Mr. Kawahigashi is an editor/author of “Financial Instruments and Exchange Law of Japan – Illustrated” published by Gakuyo Shobo (2006). His recent publication includes “Funds and Financial Instruments and Exchange Law” published by Shoji Homu (2010) and “Laws and legal practices on the financial business for HNWI” published by CHUOKEIZAI-SHA, INC. (2013). He also authored “Health and Safety Regulations ? Japan” (Kluwer International (1996))